It is a matter of concern for people who are going into an IVA that creditors might increase their monthly payments to the point where they can’t afford to pay what is being demanded with the result that their IVA might fail. It’s an understandable worry but debtors should be reassured that creditors, by and large, only seek to increase monthly payments if it is possible and realistic and sustainable for the debtor.

Most IVAs last for sixty months, being the term proposed by debtors based on making monthly contributions from the debtor’s surplus or disposable income. Although wages, salaries and benefits have been relatively flat over the last five years because of the recession, low interest rates and very low inflation rates, many people have had little or no real increase in income in that time. Indeed many people have had to take reductions in their wages and salaries in order to keep their jobs. 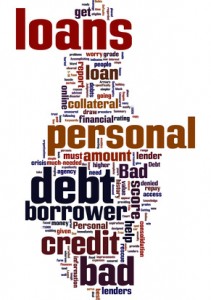 What creditors are looking for, where there has been a real increase in the net income of the debtor over and above any increase in the cost of living, is that some portion of that extra money be contributed to the IVA for the benefit of creditors. The usual way that creditors do this is to apply standard modifications to the debtor’s IVA proposal requiring the supervisor to review the debtor’s income and expenditure each year and where warranted, to seek to have the debtor increase their monthly payments, in accordance with set rules. Creditors do not look for 100% of net income increases to be paid in but they do look for something. The debtor would have had the opportunity to reject such modifications at the original meeting of creditors but of course if that happened, it is most unlikely that creditors would have accepted the IVA in the first place, unless there were some redeeming and compelling reasons to do so.

One standard modification reads as follows:

‘Where net income has increased (including any routine overtime) the debtor shall increase contributions by 50% of the net surplus (after taking into account costs of living) commencing in the month after review.’

The way that this works in practice is that about four to six weeks prior to the scheduled annual review of the IVA, the supervisor issues an income and expenditure (I&E) form to the debtor showing the figures used in the IVA proposal or in the previous annual review if there has been one and requesting the Debtor to enter the new income figures and the new expenditure figures on the form. The debtor will also be required return the form together with a copy of their most recent P60 and copies of their recent pay-slips. On receipt of these new figures and forms, the supervisor reviews I&E, calculates any required increase in monthly contributions and having agreed these with the debtor circulates the annual review to creditors showing the changes.

Other than increases in basic income, the debtor may of course enjoy other increases in remuneration of a temporary or sporadic nature such as overtime, bonus or commission at any time during the course of the year prior to the annual review? Creditors also have modifications to cover such additional earnings.

Here is how one such standard modification reads:

‘The debtor shall report any overtime, bonus, commission or similar (earnings) to the supervisor if not included in the original surplus calculation and where the sum exceeds 10% of the debtor’s normal (monthly) take-home pay. Disclosure to the supervisor will be made within 14 days of receipt and 50% of the amount (over and above the 10%) shall then be paid to the supervisor within 14 days of the disclosure. Failure to disclose any exceptional overtime, bonus, commission or similar earnings by the debtor will be considered a breach of the arrangement (IVA) and the supervisor shall notify the creditors in the next annual report with proposals for how the breach is to be rectified.

For example, if the debtor’s normal take-home pay was £1,600 per month and a once-off bonus of say £400 net was earned and paid, then that month’s take-home pay would have increased by 25%. The first £160 (10%) would not be touched at all and 50% of the balance of the bonus would have to be contributed to the IVA. So the debtor would have to contribute a total of £120 extra to the IVA for that month and would be allowed to keep the remainder of the bonus i.e. £280.

Both the above modifications are generally considered to be fair to the debtor and should therefore not be a matter of concern or worry for an insolvent person who is contemplating entering into an IVA with their creditors.