If you are insolvent and considering offering IVA proposals to your creditors you should be aware of the standard treatment of joint debts in an IVA and how your IVA is affected if you have one or more debts jointly with your spouse or partner. A joint debt is a debt taken out by two or more people but in most cases just by two people.

Let us assume that you are cohabiting with your partner and that at some stage in your relationship you were joint signatories for a current account or an unsecured loan or you may have several such joint liabilities. It may well have been the lenders that suggested that you take out the loan or loans jointly. There is a very valid commercial reason why this may be the case and it may not have been spelled out clearly to you or your partner by the lenders when you took out those loans. 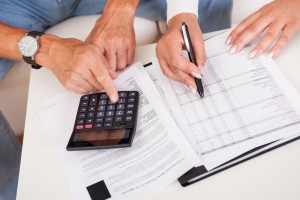 Joint loans are attractive to the lender because each of the signatories to the loan is individually liable to repay it. This means that if you and your partner should separate or if one of you should die for example, the lender can go after the other partner for repayment of the full balance of the loan. The liability is not split 50/50 but each co-signatory is liable for 100% of the repayments. The lender thus improves the likelihood that the loan will be repaid if there are two parties that they can pursue. This is the principle frequently referred to as ‘joint and several liability’. In law this simply means that the borrowers are both jointly and individually liable to repay the debt.

If you, being insolvent, enter into an IVA and your partner, being solvent, does not, all of your unsecured debts are entered into the IVA including the whole of any joint unsecured debts. When the IVA proposal is accepted by your creditors, they will expect to receive dividends on all of the unsecured liabilities in the IVA, including the joint unsecured liabilities. However, your solvent partner, who is not in the IVA, will still be expected to keep servicing the joint debt as well in accordance with the terms of the original credit agreement or as renegotiated by your solvent party directly with the lender. The lender of the joint loan will thus be repaid from two sources: dividends from your IVA and normal repayments from your solvent party. If you successfully complete your IVA and the debt is not wholly repaid when your IVA completes, your solvent partner will remain fully liable to repay all of the unpaid balance whereas you will no longer be liable to repay anything further.

In a nutshell then, joint liabilities must be included in an IVA, regardless of the wishes of the solvent party. One way to avoid this would be for the solvent party to fully clear the joint debt prior to the IVA commencing.