Not all lenders financing car HP agreements allow their customers to enter into an IVA. Some lenders have clauses written into their HP agreements specifically prohibiting borrowers from offering IVA proposals to their creditors on pain of the HP agreement being nullified and the car being immediately subject to repossession, in the event that the borrower breaches their HP agreement in this way.

However, there are lenders who offer car finance by way of a HP agreement who do not impose this condition on the borrower. In the early days, HP agreements were designed in such a way that the borrower in the course of purchasing a car or other vehicle simply paid an initial deposit and financed the remainder of the purchase cost of the vehicle by entering into a HP agreement with the finance company, whereby they made fixed monthly payments (HP payments) for some finite number of years, usually between two and five years, to the finance company. The seller of the vehicle was paid in full at the time of the initial transaction by the finance company, which made its money over the term of the HP agreement by charging interest on the amount of money borrowed with each monthly payment consisting of some of the capital borrowed and interest. 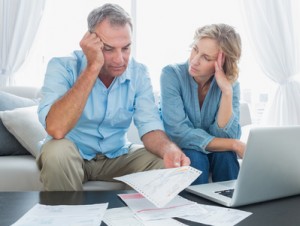 As the HP process evolved over time, finance companies began offering more products which still required a deposit to be paid at time of purchase, often consisting of the value of the traded-in vehicle, which the seller purchased from the customer at an agreed price. Financing of the remainder of the purchase price often consisted of monthly HP payments for perhaps three years followed by a lump sum payment, commonly called a balloon payment which often amounted to several thousand pounds, sometimes as much as perhaps ten thousand pounds.

The good news is that there are lenders who may be willing to lend monies for this purpose directly to the debtor in an IVA. The APR for such borrowing is likely to be high of course because the debtor’s credit rating would be poor. The debtor repays such a lender using the monies which had hitherto been going towards the monthly HP payments, now ceased. One issue that might arise is that some lenders set quite a high minimum amount that can be borrowed e.g. £5,000. So if the amount of the balloon payment is say only £3,000 and the minimum loan amount is no less than £5,000, what do you do?

One option that might be available to the debtor is to borrow the money needed from a family member, relative or friend with whom the debtor has a good relationship and who is able and willing to help. Again, such a family member, relative or friend would be repaid by the debtor by monthly payments equivalent to the HP payments, now ceased, and the lender might not charge any interest on any such borrowings. The debtor would of course have to make these payments for as long as it took until the debt is repaid and that could extend well beyond the term of the IVA itself.

You would of course have to disclose your intentions to your IVA supervisor and obtain their permission in writing before proceeding to finance your balloon payment in either of these ways.