Most Individual Voluntary Arrangements (IVAs) last for sixty months and consist of making monthly payments during this time. Your IVA proposal would have set out your initial offer of monthly repayments into your IVA. Those payments may have been increased by your creditors at your Meeting of Creditors (MOC) before your IVA was accepted. You would have had to agree to them for your IVA to be accepted by creditors.  You should look back at your original proposal and the report of your MOC to see exactly what took place and if your creditors applied any modifications to your IVA proposal. Creditors will do this routinely if they think that such increases are realistic and justified and more importantly, if they honestly believe that you can afford to make them. Such a belief is grounded in a thorough examination of your income and expenditure statement and in particular, with the family living expenses being claimed. If creditors think that any expenses are artificially inflated or exaggerated, then they are not slow to point this out.

Payments during your IVA lifetime 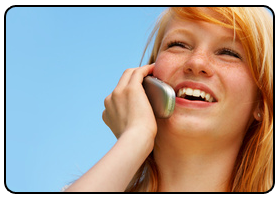 Apart from increasing monthly payments before the IVA is approved, creditors will request that your supervisor carries out a yearly review of the your income and expenditure. This is in case your circumstances change from year to year throughout the term of the IVA. Any additional net disposable income that you earn should be added into the arrangement.

If your circumstances change for the better during the IVA, then creditors  will expect that your payments will be increased. For example, you may be promoted at work or secure a better job or obtain additional benefits or may have been able to reduce living expenses thereby increasing your family’s disposable income.

One standard modification reads as follows:

Where net income has increased, including any routine overtime, the debtor shall increase contributions by 50% of the net surplus, after taking into account costs of living, commencing in the month after review.

It is part of the supervisor’s role to make sure that the payments are increased accordingly. About four to six weeks prior to the scheduled annual review, your supervisor will issue an Income and Expenditure (I&E) form to you showing the figures used in your IVA proposal or in your previous annual review if there has been one and requesting that you enter your new income figures and your new expenditure figures. You complete the form and return it with a copy of your most recent P60 and copies of your recent pay-slips. Your supervisor reviews these figures, calculates any increase in your monthly contributions and agrees these figures with you. Your annual review is then circulated to creditors showing the changes.

What about any overtime, bonus or commission that you earn during the course of the year prior to the annual review? One standard modification reads as follows: ‘The debtor shall report any overtime, bonus, commission or similar to the supervisor if not included in the original surplus calculation and where the sum exceeds 10% of the debtor’s normal take-home pay. Disclosure to the supervisor will be made within fourteen days of receipt and 50% of the amount, over and above the 10%, shall then be paid to the supervisor within 14 days of the disclosure. Failure to disclose any exceptional overtime, bonus, commission or similar by the debtor will be considered a breach of the arrangement and the supervisor shall notify the creditors in the next annual report with proposals for how the breach is to be rectified.’

Supervisors have a duty to ensure that payments to the IVA are made in accordance with the agreed terms and conditions as accepted at the MOC including modifications. Most reasonable people would feel that the two example modifications described above are quite fair to the debtor.