Once you default on repayments of a loan, credit card or other form of debt, the chances are that your credit rating will be damaged. Even missing a single payment may cause an adverse record to be made that can make it more difficult for you to obtain credit in the future.

In order to repair your credit rating you will need to address any issues that caused your credit rating to be damaged. If you are struggling with debt repayments this might mean you have to enter into some sort of solution to deal with the debts and get them under control.

If you choose a formal insolvency solution such as an individual voluntary arrangement (IVA) or bankruptcy to deal with your debts, then your credit rating will suffer until you have completed the solution. If you adopt an informal process such as entering into a debt management plan (DMP), the same will happen. The reason is that in each of these processes you have acknowledged that you are unable to pay your debts as they fall due. In the case of an IVA or bankruptcy, you have declared yourself to be insolvent.

Your creditors know that when you are in an IVA or bankruptcy you will almost certainly not repay all of your debts to them. If you are in a Debt Management Plan, you are unlikely to be able to repay your debts for a long time, perhaps much longer than the original contractual term when you first borrowed the money.

Once you default on debt repayments, your creditors will refer this information over to specialists known as credit reference agencies, the best known of which are Experian, Equifax and Callcredit. The credit reference agency will register any defaults on the relevant accounts. These organisations gather, keep and maintain records of the repayment performance of borrowers. That is their business. They record such data on the credit files of borrowers and make their money by selling this data to any interested party, provided that they have a consumer credit license.

Thus banks, mortgage providers, HP providers, credit card providers and even trading creditors can access your financial records in regard to borrowings. If you have a good credit history, then these records can facilitate your further borrowing at preferential rates. Access to and publication of such personal financial data relating to insolvent individuals is not prohibited by the Data Protection Act. You or any private individual can obtain his or her own credit file and, in certain instances, a private individual can access the credit file of another individual such as when the two individuals concerned are co-habiting or even just living in the same house.

When will defaults be removed? 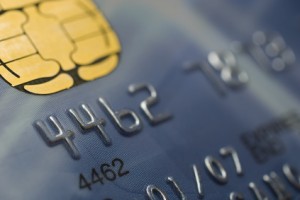 Even before you enter an IVA or a DMP or become bankrupt, some of your creditors may already have registered such defaults where you have failed to comply with the terms and conditions of credit agreements, usually by failing to make contractual repayments. Such records are also accessible to the parties mentioned above.

When will my credit rating repair?

Your credit rating will repair after you have addressed any issues with your debts. For example, if you do an IVA or have been made bankrupt, defaults remain on your credit file for six years from their date of registration. If you enter into a Debt Management Plan defaults can remain on your file for up to six years after the debt has been repaid in full.

In an IVA of five years duration, you can expect the default to be removed from your credit file about one year after completion of the IVA, assuming the defaults were registered around the time the IVA commenced.

In bankruptcy, the defaults will usually be removed about five years after your discharge from bankruptcy. Nowadays discharge usually takes place within a year of the bankruptcy order being made, but there are exceptions and some bankruptcies can last much longer.

If you are in a Debt Management Plan of say eight years duration, the defaults may continue to be registered against you for a further six years.

No further credit in an IVA

A standard condition of an IVA is that you do not acquire any further credit or enter into any credit agreement without the express permission of the supervisor, who in turn may have to obtain the express permission of the creditors. There are usually some practical exceptions to this, which are anticipated and detailed at the time of arranging your IVA proposal. For example, you may be permitted to incur credit in regard to some utilities such as water charges, electricity, gas and telephone but a monetary ceiling of perhaps £500 is normally imposed on such items of expenditure. Maintaining a current account, provided it has no overdraft facility, is also usually allowed. You will also be allowed to continue servicing secured borrowings such as a mortgage or car HP. Your credit file will record how such credit activities are carried out.

It is important to maintain payments in respect of all such forms of credit allowed by the IVA so that a good track record on such credit would be viewed positively by creditors when the IVA is complete.

In considering any request for credit facilities following the successful completion of an IVA, creditors will naturally check on your credit history via the credit files. Credit may be refused by some lenders if the credit file still carries default records. However, six years from the dates of the defaults, the credit reference agencies should automatically update the credit files and remove all references to defaults.

If this has not been done, you can request the credit reference agencies to do so and in the absence of a satisfactory response from them, can invoke their complaints procedures to deal with the matter and so begin to repair a damaged credit rating.