Figures just released by the Insolvency Service show a significant swing away from Bankruptcies and towards IVAs in the second quarter of 2014 when compared to the same period last year. Second quarter figures for 2014 show that, in England and Wales, IVAs reached a record high of 14,571 an increase of over 20% on the same quarter in 2013 and a historic high for any quarter since the legislation which created the IVA solution was introduced in 1986. Bankruptcies fell by 16% to a total of 5,452, when the same quarters are compared, the lowest quarterly figure since 2000, apart from the last quarter of 2013 when the Bankruptcy figures were marginally lower at 5,409.

Debt Relief Orders which were introduced in 2009 are also showing a slowly downward trend from a quarterly high of almost 8,000 two years ago to just over 7,000 in the second quarter of 2014. 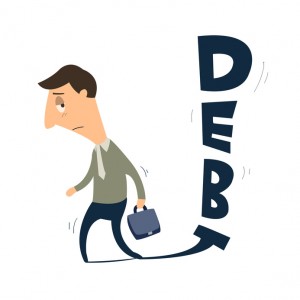 Experts attribute the huge jump in IVAs to a number of factors, particularly and perhaps counter intuitively to the improving economy in England and Wales and point to the rise in wages, record employment figures and increasing retail spend. Debtors are more confident in their financial prospects and their ability to commit to a five years IVA with the ongoing low interest rates levels contributing to that confidence. They look forward to settling their debts with the balance being written off at the end of the term of their IVAs. Creditors’ attitudes also seem to have softened towards IVAs in recent years and they see much improved prospects of recovering more of their monies from their defaulting customers in the improved economic climate and so they are more likely to accept IVA proposals, which they expect will be successfully concluded. With property prices also rising, it seems that all the indicators are that the growth in IVAs in England and Wales is set to continue in the next few years, as many debtors climb back from being in negative equity to being in positive equity. In a nutshell, the growing economy, increasing property prices, easier access to IVAs, improved ability to pay, consumer confidence and positive creditor attitudes have all contributed to the trend of increasing numbers of IVAs.

The picture in Scotland is rather different. In that jurisdiction they have Sequestrations rather than Bankruptcies and Protected Trust Deeds rather than IVAs. Both of these have dropped sharply in the second quarter of 2014 compared to the same quarter of 2013. Sequestrations (including LILA Sequestrations, similar to DROs) dropped by almost 11% and Protected Trust Deeds by almost 41%. Downward trends in both these debt solutions have been evident year on year since the peak periods of 2008 and 2009. It is unclear if any correlation can be drawn between these trends and the performance of the economy in Scotland, other than to say that the levels of formal personal insolvencies in Scotland have been dropping steadily since 2008/2009.

In Northern Ireland the trends are also different to those in England and Wales. Bankruptcies (including DROs) have been running at levels of between 450 and 550 per quarter since 2010 while IVAs are at their lowest level in the second quarter of 2014 since 2009 and the figure of 235 is down fully 33% on the same quarter in 2013. It seems that, in Northern Ireland, the option of bankruptcy is preferred to an IVA as a solution for personal insolvency.