Having your IVA accepted by creditors is usually an occasion of great satisfaction for most debtors. The nervous anticipation in the weeks and days coming up to the Meeting of Creditors gives way to relief and a release of tension for most when they receive that phone call from the office of their insolvency practitioner confirming that their IVA proposal has been accepted. They can look forward to a future time, usually five years out, when they will be debt free. In the more or less immediate future they will have no further unwelcome contact from debt collectors, no more threatening or harassing phone calls from creditors, no more bills, invoices or statements of account and no more threats of legal action. Visits from bailiffs will be a thing of the past.

What can go wrong?

Pitfalls can be split into the self-inflicted and the unavoidable. The self-inflicted pitfalls are those actions or failures to act which the debtor should seek to avoid. What the debtor needs to realize is that there will have to be changes in their lifestyle and that household and living expenses need to be controlled in line with the commitments made in the IVA proposal and perhaps modified by creditors when they accepted the proposal. 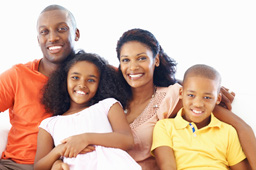 Unfortunately, in most IVA cases, life can not go on as before and the debtor and indeed his or her family will have to tighten their belts particularly in regard to their discretionary spending. Visits to the pub, eating out, foreign holidays, extravagant spending on luxuries, gambling on line or in the local bookies, smoking, drinking, spending on beauty products and treatments are all examples of lifestyle changes which the debtor needs to change. He or she has to accept that life can still be enjoyable while adhering to the allowable spending limits spelt out in the income and expenditure statement in their IVA proposal. The IVA is likely to fail if these limits are not honoured. Other self-inflicted pitfalls are detailed below.

After the successful meeting of creditors, the supervisor of the IVA will spell out exactly what the debtor must do to comply with the terms of the IVA, including any modifications which creditors require and to which the debtor has already agreed. The most serious pitfall that can arise is when the debtor suffers a significant reduction in income and is consequently unable to make the agreed contributions to the IVA. In the current recession, perhaps as many as 10% or more of people lose their employment within a year of entering into an IVA or they may be faced with short time working or they may have to take pay-cuts. The consequent reduction in income is often not the debtor’s fault no more than it is the fault of creditors. Nevertheless, creditors accepted the IVA and may have modified it to require a minimum dividend. If the debtor fails to make two or three monthly contributions and so fails to comply with the terms of the IVA proposal as modified by creditors, then the supervisor will usually issue a Certificate of non-Compliance to the debtor and may have to call a General Meeting of Creditors to determine the next course of action. Failure to make contributions to the IVA is the most frequent reason for non-compliance.

The supervisor will usually spell out four options for creditors at the General Meeting of Creditors which has been called to deal with the debtor’s inability to make the agreed monthly payments to the IVA and any arrears in payments that may have occurred. Creditors may accept one of these options or decide on an option of their own. Over 50% of voting creditors have to agree the decision of the meeting. The options offered by the supervisor are:

Options one or two are exercised in perhaps 90% of cases that have this type of non-compliance. Creditors may alternatively decide to allow the supervisor to afford the debtor a payment break for say six months to enable monthly contributions to resume or decide on other actions to be taken.

Apart from failure to make contributions, the debtor may succumb to other self-inflicted pitfalls. These include:

Issues Arising out of Equity in Property

Most debtors now address any equity in their property in their IVA proposal or if not, creditors may modify the proposal requiring them to so do. Typically a debtor may be required to re-mortgage their property at 85% loan to value in the fourth or fifth year of their IVA and to contribute a lump sum from the released equity to their arrangement. However, it may become impossible for the debtor to make the expected equity contribution when it falls due. With the slump in property prices a debtor may find that their property is in negative equity. Furthermore, even if some equity remains in the property, the debtor may be unable to procure a mortgage due to the credit crunch. In such circumstances, the debtor may seek to offer a variation proposal to creditors. Such a proposal might be to extend the duration of the IVA by up to one year and to make additional monthly contributions for that period. The purpose of such additional payments would be to offset the reduction in the dividend because of the lack of realisable equity in the property. At least 75% of voting creditors must agree to such a variation in order for it to be accepted.

There are many such changes of circumstances which may occur after the IVA is accepted and which may seriously affect the debtor’s capacity to fully comply with the terms of the IVA. For example, the debtor or his or her partner or a member of his or her family may contract a serious illness or suffer an injury thus reducing household income significantly. Should such an unfortunate event occur, the debtor should inform the supervisor as soon as possible so that all practical steps can be taken promptly to find a solution and to secure creditors’ agreement to vary the IVA accordingly.