If you are a homeowner and cannot afford to repay your debts, your property may be at risk. The people who lent money to you will want to get their money back in full and on time. If you cannot repay your debts in accordance with the terms and conditions of your loans or if you are unwilling to do that, even though you can afford to do so, then your creditors can choose from a wide variety of means to compel you to repay your debts. Creditors can seek to obtain a County Court Judgment or CCJ against you and to follow this up with recovery actions by bailiffs, such as seizing your goods or other assets. They can seize such goods up to the total amount of your debts plus the costs incurred by your creditors in seeking repayment, which of course includes the costs they incurred employing the services of bailiffs or other debt collection agencies.

If you own property which has a realisable commercial value, your creditors may threaten that ownership by trying to force you to repay your debts or make you give up ownership of some or all of your property. The property that creditors are most likely to go after is your house whether or not it is also your home. The usual approach is for creditors to seek to register a charge on the property and thus transform an unsecured debt such as an outstanding and overdue credit card bill into a secured liability. In due course such a creditor could seek to enforce their security by seeking to have the property sold so that the debt can be repaid. 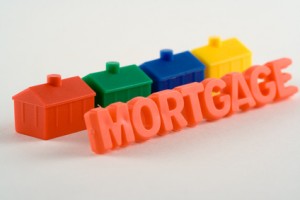 The debt solution of last resort as it is sometimes called is bankruptcy. Bankruptcy can occur in two principal ways. A creditor’s petition is where a creditor petitions the court for a bankruptcy order against a debtor who is unable or unwilling to repay a debt that is due. A debtor’s petition is where the debtor himself or herself petitions the court to make a bankruptcy order against them. If made bankrupt by order of the court, the debtor will find that the official receiver or a trustee appointed by the official receiver will take control of any assets which the bankrupt debtor has and seek to realize any value in such assets for the benefit of creditors. Any surplus income that the debtor has will also have to be contributed for the benefit of creditors but such compulsory payments are nowadays limited to a maximum term of three years. A bankrupt debtor is very likely to lose their house.

A debt solution which is usually much less severe on the debtor than bankruptcy is an Individual Voluntary Arrangement or an IVA. Much has been written about the pros and cons of IVAs. While the debtor may lose their house in an IVA, it is much less likely to happen than it would be if they were to be made bankrupt. All IVA proposals must contain the debtor’s Statement of Affairs. In it, all of the debtor’s assets and liabilities must be disclosed and it must also incorporate a household Income and Expenditure Statement. The main asset that a debtor may have is a share in the ownership of the family home. Such a property may or may not be mortgaged and it may or may not have equity in it, depending on whether or not the current realisable value of the property is more or less than the outstanding mortgage debt. The debtor will have equity in their property when the amount required to redeem their mortgage is less than its current realisable value including the costs of mortgage redemption or the costs incurred in selling the property. The monthly mortgage payment is often the largest item of expenditure on a family’s Income and Expenditure Statement.

When a debtor offers a proposal to creditors for an IVA, he or she must disclose a lot of information about their assets including such a property. It has long been standard practice for creditors to require some part of the equity in the property to be realized and contributed to the IVA. The debtor may already have anticipated this requirement and addressed any such equity in their property in the IVA proposal, stating how they propose to realize the equity and how much of that equity they are prepared to contribute to the IVA. One of the benefits of an IVA is that the debtor does not usually lose their home.

When a property owning debtor has not addressed such equity in their IVA proposal, the usual approach taken by creditors is to modify the IVA proposal requiring them to do so. The modification generally spells out how this is to be done and how much of the equity is to be contributed. Such a modification usually requires the supervisor to obtain at least one or perhaps two independent valuation of the property in the fourth or fifth year of the IVA. The debtor is also often required to obtain at least one offer of re-mortgage and to contribute at least 75% and sometimes up to 100% of their equity to the IVA.

Every IVA is different from every other one and there can be significant variation in how different creditors require equity to be addressed. A number of issues may arise when the time comes for the fourth year modification, as it is frequently described, to be implemented. The property may be in negative or zero equity. The equity may be so small that that the cost of realization wipes it out. Even if there is some equity in the property, the debtor may find it impossible to obtain a re-mortgage for various reasons such as the credit crunch, a poor credit rating or mortgage lenders putting a cap on the loan to value (LTV) ratio. In addition, even when there is equity available in theory, it may be impossible to realize it in practice. It may also be that ‘high street’ lenders will not offer a re-mortgage at all and only the so-called sub-prime lenders are willing to do so but only at adverse interest rates, with the consequent long term effect on the borrower’s finances.

What can the debtor do, given that failure to contribute an equity lump sum would be likely to depress the dividend payable to creditors significantly? The usual solution is for the debtor to offer a variation proposal to creditors. Such a variation can simply request the removal of the equity modification, allowing the debtor to successfully complete the IVA without making any equity contribution. If creditors were to accept such a variation, they might receive a dividend similar to that originally proposed but less than that required by the creditor modification. Alternatively, the debtor may offer a variation proposal offering to extend the term of the IVA for up to perhaps one additional year and to make additional monthly income based contributions in lieu of any equity in the property. While extending the arrangement by up to one year may not be attractive for the debtor or indeed for the creditors, it is certainly preferable to re-mortgaging at adverse rates. Creditors of course retain the right to reject or modify any variation proposals put forward by the debtor but extending the term to address equity is frequently acceptable to them.

The insolvency practitioner who is supervising the IVA will advise the debtor on the options available to them regarding addressing equity and creditors are generally sympathetic to debtors in IVAs who are genuinely attempting to address their financial affairs.