Like many experiences in life, you can’t really know how an IVA works unless you experience it for yourself. And because no two IVAs are exactly alike, each experience is also unique in many ways. Various analogies are quoted such as fingerprints, snowflakes and DNA. From a distance they all look the same, yet they all differ. However there are some certainties if a you are to successfully complete an IVA and come out at the other end with a fresh start, debt-free and solvent again.

The first thing to realise is that an IVA demands financial discipline on the part of the debtor and the members of his or her household. Anybody used to flashing their credit card or writing a cheque is bound to suffer a shock to their system when they have to stop using credit abruptly other than for certain allowable transactions such as paying for utilities. 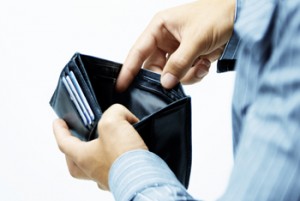 The second shock to the system is the rigid discipline required to live within one’s means. For somebody used to little treats such as a night out socializing with friends or even going on a daytrip with family to the seaside, it comes as a bolt from the blue that such treats have to be planned and saved for. While the living expenses permitted in an IVA allow for certain sums to be put by for emergencies and contingencies the debtor simply cannot go mad spending outside the permitted allowances except in a very controlled and limited way.

Let’s take the case of a nurse who has got into financial difficulties through living beyond her means, enjoying frequent foreign holidays and gambling. She is unmarried by choice preferring the financial independence that this gives her in terms of spending her money and generally living the good life. She has a mortgage on her relatively modest home and for the past number of years the repayments have been manageable. With the downturn in the economy and in the property market, she now has considerable negative equity in her home so selling it is not an option, given that she needs somewhere to live anyway and the cost of rental accommodation in the locality is almost as much as her monthly mortgage payment.

With unsecured debts of £60,000 which she is unable to repay from her income she is now faced with two choices. She could go bankrupt or she could enter into an IVA with her creditors. She has no immediate family living in the city where she works and lives. She could not bear the stigma that she felt would attach to her if she were to go down the bankruptcy route so she chooses to offer proposals for an IVA to her creditors.

So, is an IVA a good idea in this scenario? Lets assess it and see. 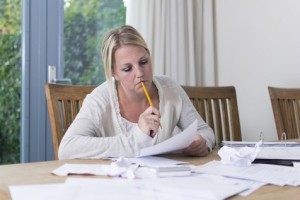 After allowing for her reasonable living expenses, her mortgage payment and the running of her modest car, she is left with £380 per month with which to service her debts of £60,000. Her creditors accept her proposal for an IVA of five years duration as they see it as the better option than Bankruptcy. Thus she will pay a total of £22,800 into her IVA over the sixty months duration. After deducting the IVA administration costs of £5,800, there would be £17,000 available for distribution to her creditors, giving them a return of over 28p in the pound on her debts of £60,000. If her property were to go into significant positive equity over the five years duration of the IVA, creditors would also require her to contribute some of that equity to her IVA by remortgaging it or selling it if necessary to realize the equity, although she would probably be given the option of extending her IVA for up to another year and so address the equity in that way by making additional monthly payments in lieu of any equity.

Of course for someone who has enjoyed the good life, it would be hard to accept the financial discipline that the IVA would impose on her: no gambling, no foreign holidays, no extravagant shopping expeditions, limited socializing with her work colleagues and an end to the myriad little treats that she has become accustomed to. She would not be able to not avail of any credit facilities during the term of her IVA and she realises her credit rating would be adversely affected and would remain so for a year after completion of her IVA.

So, in this case we would determine that an IVA has been a good idea for both her and her creditors. In spite of the relative hardships that the IVA would impose on her, she realises that in many ways she is quite lucky. She will not lose her car or her house. She will still retain her job. The discipline of the IVA will force her to address her gambling habits before they become an addiction. Because of the limits on her socializing, she realises that she would naturally reduce her smoking and drinking and will generally lead a healthier lifestyle. She will avoid the stigma of bankruptcy and while her creditors are going to get back less than a third of the monies she had borrowed, it really is the best she could do; Better the creditors get some of their money back than nothing at all. The enforced financial discipline which the IVA will impose on her will stand to her after it is all over and she will be able to look forward to enjoying relative financial stability for the rest of her career. Best of all she will be solvent again on completiopn of the IVA and that will give her the freedom to enjoy a fresh start with no financial worries.

One thought on “How does an IVA work?”