When things go wrong in life, one of the hardest things to do is to accept and acknowledge that it’s our own fault and that we are to blame. OK, sometimes it is somebody else’s fault. i.e. If a relationship breaks down, the other person may have been the biggest factor in the event. If you lose your job, it may be that your employer really was losing money or it may be that your function no longer existed in the organisation or that a restructuring was really necessary. If you fail your exams, it may be that the paper was unfair and that the questions weren’t really within the boundaries of the syllabus. And when personal debt problems emerge, it’s only natural that our first inclination is to assign blame to circumstances outside of our control and to blame any convenient third party for our predicament.

Three parties are usually to blame when our personal finances go awry, namely ourselves the borrower, the lenders who gave us the money and the government that allowed a financial environment to develop that encouraged or at least failed to control the growth of personal debt.

With the onset of the recession there was a huge increase in mortgage debt and credit card debt in particular in an environment of easy credit promoted by lenders and facilitated by light regulation by government. However, nobody forced us to borrow as much as we did and now we must take responsibility for identifying and applying a financial solution with the support of our lenders and with the legal remedies available from government. 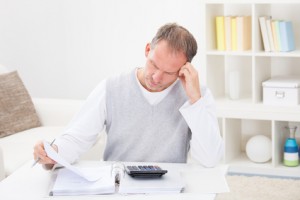 We assumed that property values would keep increasing, that our income would keep increasing and that our employment was secure for the foreseeable future. Our lenders made the same assumptions and government were incredibly optimistic that the good times would continue indefinitely and that light regulation would suffice, with the market controlling itself in terms of borrowing and lending. And so we borrowed more than we could reasonably afford to repay. Unfortunately, property values did not keep increasing, incomes have dropped and unemployment has grown. While all three parties acknowledge their different contributory roles, what we are left with is massive personal debt and insolvency on a widespread scale. Ultimately it is down to the individual debtor to find a solution to their own financial insolvency.

Bankruptcy legislation in England, Wales and Northern Ireland has been simplified in recent years and an insolvent debtor can be discharged from bankruptcy in just one year, although he or she may be subject to an income payments order (IPO) for up to three years.

The other major legal solution available in that jurisdiction is an IVA or Individual Voluntary Arrangement. Some of the advantages are that interest and penalties on debts are frozen; the IVA will usually last just five years, although the term may be shorter or occasionally a little longer; the debtor avoids bankruptcy and will usually be able to keep their house and car although they might have to address any equity therein during the term of the IVA; creditors receive a much greater return for the monies they have lent compared to what they would receive in bankruptcy; all legal action is stopped and the debtor is debt free on the successful completion of the IVA.

There are downsides to an IVA also. Under the legislation the debtor must use the services of an Insolvency Practitioner (IP). Fees for these services are deducted from the monies the debtor contributes to repay creditors. However, your creditors will have agreed these fees up front so there are no surprises for the debtor or the creditors. If the IVA should fail during its term, creditors are again free to pursue the debtor for the full unpaid balances still owing and the protection enjoyed by the debtor while the IVA was running ceases.

In Scotland a Protected Trust Deed is regarded as the equivalent of an IVA, although the relevant legislation differs somewhat.

For more information about the debt solutions available or for help with debt problems, get in touch with us at McCambridge Duffy. Our advisors will be able to talk you through all of the options available for helping you with your debts.